Posted on February 19, 2016by yourphariseefriend

It has come to my attention that Dr. Michael Brown has posted a public challenge to Rabbi Yosef Mizrachi to engage him in a public debate. In the context of this challenge Dr. Brown tells his audience that he has nothing to hide and that he is willing to the debate Rabbi Mizrachi in any venue.

If you are seeking the real Jewish objections to Christianity, you shouldn’t expect to find them in a missionary publication. In 2007 I wrote “Contra Brown” as a response to the central arguments of Dr. Brown’s first 4 volumes. In 2010 I wrote “The Elephant and the Suit” in which I present a general refutation to his 5 volume series. In these articles I point out that Dr. Brown did not address some of the core Jewish objections, I point out that some of his central arguments contradict each other and I demonstrate that he has seriously misrepresented the Jewish position on the core issues.

This was followed by Supplement to Contra Brown in which I go through his 5 volume series page by page and I respond to every argument that he raises against the Jewish position. You can find these articles on my blog “1000 Verses.” Simply google the number “1000” followed by the word “verses” and you will find my blog.

Since then, I have written several responses to issues that Dr. Brown has raised on his radio shows. These can be found on my blog under the title “Response to the Line of Fire.” When Dr. Brown came out with a new book, “The Real Kosher Jesus,” I responded with “Kosher Reality.” 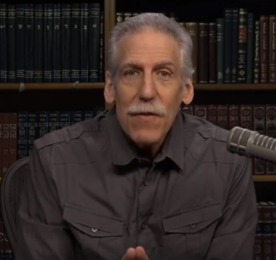 I am satisfied to say that the Jewish community has fulfilled its duty toward the truth seeker. We have nothing to hide and we have laid all of our cards out for anyone to study and to come to their own conclusions. Many people have taken this path, Jews and Gentiles, they have studied the issues, and they have turned their hearts to the God of Israel.

To date, Dr. Brown has failed to respond to any of my writings. If Dr. Brown feels that he has laid all of his cards on the table, then I am more than satisfied to let things stand where they are. If Dr. Brown feels that he has responses for the arguments that I have raised in my writings I invite him to publicize those responses in whichever format he sees fit. He could use his radio show, he could write, he could make a video presentation; it’s up to him. And if he brings a new argument to the table it will be our duty to provide a response in a format that is available to the seeker of truth.

If you have questions or if you are confused I encourage you NOT to take me on my word. It’s not about me and it’s not about Dr. Brown. It is about you, you will have to live with your decision, it’s between you and God. I encourage you to study what I have written and evaluate the opposing arguments using your own sensitivity to truth.

All the cards are on the table. Study them, and may the God of truth be with you every step of the way.