New Kids on the Block

There are new kids on the block with respect to breaking in on the messianic Judaism scene. The messianic Judaism scene of course is a great source of revenue to the new kids on the block because of Messianic and/ or Christian denominations desperate attempts to see those Jews converted to their ‘divine’ messiah Yeshua! A common feature in the attempts to see that those Jews convert to their ‘divine’ messiah Yeshua is a spicing up in the presentation of their ideas. The spicing up may include promotion of e-books/ DVDs (which they have written/ produced) by their fellow messianic buddies, even some Orthodox Jews also involved and cashing in on the messianic Judaism scene. The messianics’ e-books unquestioningly intermingle modern day Hebrew, Hebrew of the mishna with biblical Hebrew and include a myriad of misapplications of a whole slew of (mis)quotes from those Rabbinic Sages!

Behold the Lamb er Pig that takes away the sins of the world!!

The mind boggles at the extent to which these new kids on the block will go to prove that it is perfectly fine and is in complete accordance with those Rabbinic Sages, to believe Yeshua was a divine messiah. Jews to believe Yeshua was the divine messiah is identified as ‘The New Barrier’ to be broken through in one case by the use of a new concept. The new concept in a circular way of reasoning portrays Yeshua in one ‘example’ as the Kosher Pig:

“I am sure that some of you who read the title of the book (Return of the Kosher Pig) raised an eyebrow or two. Who is the Kosher Pig and why will he return? I can assure you today that the title The Return of the Kosher Pig does not involve any type of marketing gimmick of any sort to sell more copies! Before getting upset about the title of the book, I would like to briefly explain the important term “Kosher Pig” as it is an important premise for the rest of the book. The pig, or Cahzir (חזיר) in Hebrew, represents the symbol of uncleanness to the Jew” Yeshua of Nazareth is the only one who claimed to be divine in nature with the full authority to even forgive sins. Modern Judaism that is built on 13 articles of faith clearly rejects the idea that G-D can take a form of a man. Yeshua because of his claims is considered unclean to the Jewish people. Amazing, some of the Rabbis declared that the pig will return during the days of Messiah and will become Kosher as he reveals his true nature. The Return of the Kosher Pig attempts to bring back the un-kosher Yeshua to the Jewish people by presenting the case for the divine Messiah.” http://www.kosherpig.org/index.php/about 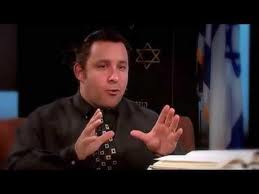 Now at this time it would very easy to get sucked into the vortex of such a formulation as the Kosher Pig thesis presented above and be spun off in many tangential paths of trying to iron out the errors of the formulation. Whilst the thesis for the book has been published (see quote above), the book is still awaiting publication.

One thing to always note however, when Messianics quote rabbinical, kabbalistic or midrashic sayings to justify their beliefs in a deified Yeshua: 99.9% of their quotes are from Rabbis who post-dated Yeshua himself. Another thing to note is that 100% of these Rabbis themselves said what they said and rejected the possibility that Yeshua was the Messiah let alone a divine Messiah. In other words, what the Rabbis said and meant by their words was COMPLETELY different to how messianics quote their words and then reinterpret them within their own Christian traditions and their latest spins doing the rounds of the various messianic circuits(see A Critical Review of Professor Daniel Boyarin’s: “Borderlines” and “The Jewish Gospels”, By: Rabbi Yisroel Chaim Blumenthal, here.)! It never ceases to amaze me the dissonance of the obvious question or observation: If the messianics theories about what the Rabbis said and meant by their words are correct then the Rabbis would be believers in the divine Yeshua would they not? Moreover, since the writings of the Rabbis post date Yeshua/ Jesus they would say so would they not?

Another perspective to the dissonance is how the Rabbis have always read and applied Rabbinic literature. Rabbinical sources always have deeper levels of meaning to a text. However, messianics fail to understand a problem with ‘messianic’ (mis)uses of rabbinic commentary. The problem is the (deliberate) partial rejection (when it suits them) that each of the four levels (PARDES) of extended meaning of the text are entirely consistent within themselves and most importantly THE GENERAL RULE; that the extended meaning never contradicts the plain meaning of the text (Peshat). Peshat (פְּשָׁט) — “plain” (“simple”) or the direct meaning. In the first instance, using the famous aleph tav (את), the plain meaning is the grammatical, where the aleph tav (את) is the direct definite object and tells us that G-d created the heavens and the earth. On an allegorical level G-d created the aleph bet and then used the created aleph bet to ‘speak’ the world into existence.

Rabbi Dov Ber, the Maggid of Mezritch, writes in Or Torah pg.35:

It is known in the Kabbalistic literature that the letters of the Aleph-Beis were created first of all. Thereafter, by the use of the letters, the Holy One, Blessed is He, created all the worlds. This is the hidden meaning of the first phrase in the Torah, “In the beginning God created (את)”- that is God’s first act was to create the letters from aleph (א) to tav (ת).

There is no contradiction in the argument of the Rabbis in their use of the Sages in their commentary, just a

selective lack on the messianics’ part as to how Jews have always read/ wrote and applied their literature. Moreover, the messianics’ grant themselves a license to do something even more devastating to both the plain meaning and the allegorical of both scripture and rabbinical writings:

The scriptural and the allegorical plainly show that G-d created the world and the aleph tav(את) respectively.

In contradistinction the New Testament (see John 1:1, 14) would have us believe that the word (aleph tav)(את) is equal with and is G-d and became flesh too! In other words both Yeshua and Jesus are divine.

Entertaining the Idea of a Kosher Pig

It is interesting that the pig is the only animal that has these unique traits – the pig with its split hooves is outwardly acceptable, but the inner analysis of the digestive system reveals the deficiency of not being able to chew the cud. The pig in Jewish thought therefore became synonymous with hypocrisy. The image of the swine presenting its split hooves as evidence of its purity was a powerful image. Various personalities in the Bible who were deemed by the rabbis as hypocritical were thus described:

And Cain went out… Whence did he go out? Rabbi Aibu said: “It means that he threw the words behind him and went out, like one who would deceive the Almighty.” Rabbi Berekiah said in Rabbi Eleazar’s name: “He went forth like one who shows the cloven hoof, like one who deceives his Creator.” (Midrash Rabbah Genesis 22:13)

However, the major personality who was associated with the pig was Esau in particular, and, eventually, the Romans (his descendants) in general.

Rabbi Isaac said: “[God declared]: ‘You have given a name to your swine [Esau]; then I too will name My firstborn, as it says, Thus says the Lord: Israel is My son, My firstborn – (Midrash Rabbah – Genesis 63:8)

Esav, Yaakov’s twin, claimed to follow the same tradition as Yaakov. When Yaakov left to Padan Aram to marry a girl from the family , Esav followed suit and also married a girl “from the family,” but did not divorce his non-Jewish wives. This act of marrying a “girl from the family” was solely in order appear as though he was following in the footstep of Jewish tradition. 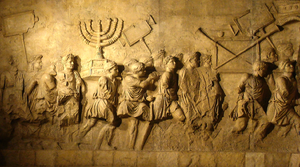 The so called “Judeo-Christian” tradition and now messianic judaism invented by Christians is merely a facade. Despite the fact that the two brothers were twins, and had a lot in common biologically, they had very little in common in terms of lifestyle. There is an often-quoted medrash to support the facade which states, “Why is the pig called a ‘chazir’? Because some day in the future God will give it back (“lehachziro”) to the Jewish people.” The Rishonim ask how this can be. The Rambam postulates, as one of the thirteen principles of our faith, that the laws of the Torah will never change. Can it be that some day it will be permissible for us to eat Pork? Some of the Rishonim explained that “the return of the pig does not refer to eating pork, but rather to the restoration of the Jewish government in place of the Christian one.” The “pig” is the faker who makes believe that he is kosher by showing his split hooves, just as Christians and messianics claim that theirs is a twin-religion with ours, and just as Esav was a twin brother of Yaakov.

What has the above got to do with the kosher pig being Jesus/ Yeshua and Jews having to accept Jesus as a divine messiah? The answer is that there is no connection between a messiah let alone a divine messiah and the return of the pig or that the pig is the messiah. In fact if the midrashim are anything to go by, Esav is the pig which represents in a historical time line: pagan Rome, Christian Rome and  present day worldwide Christianity at large which includes messianic Judaism, which in the end undergo a transformation which renders them Kosher. The transformation expressed most appropriately by Jeremiah 16:

19 O LORD, my strength, and my stronghold, and my refuge, in the day of affliction, unto Thee shall the nations come from the ends of the earth, and shall say: ‘Our fathers have inherited nought but lies, vanity and things wherein there is no profit.’ 20 Shall a man make unto himself gods, and they are no gods? 21 Therefore, behold, I will cause them to know, this once will I cause them to know My hand and My might; and they shall know that My name is the LORD.

To all those believers in a divine messiah out there you are indeed following a pig and are part of the pig’s empire. The pig’s empire being Esav and his descendants. You try to scrub that pig to make it more kosher by saying you follow Torah, saying you follow the teachings of the rabbis, wear tallisim, dance with a Torah scroll, eat biblically kosher food but not the rabbinical. The pig will never be kosher until the pig changes what makes it unkosher from the inside and what makes you/ the pig unkosher is the divine messiah!