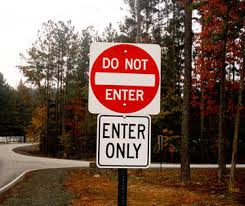 They were so anxious for us to read it, so we did. And there are problems. Jesus denied being either good, or a god: “Why callest thou ME good? There is none good but one, that is God.” (Matthew 19:17). Subsequently, however, he claimed to be God: “The Jews answered him saying, for a GOOD work we stone thee not; but for BLASPHEMY; and because that thou being a MAN, makest thyself GOD! Jesus answered them, Is it not written in YOUR Law, I said ye are gods?” (John 10:33-34). Jesus taught us to love our enemies (Matthew 5:44), but in another passage he said: “But those mine enemies, which would not that I should reign over them, bring hither and slay them before me!” (Luke 19:27).

Jesus considered the Gentiles inferior beings: “It is not meet to take the children’s bread and cast it to the dogs.” (Matthew 15:26), and stated unequivocally that he was NOT sent to them: “I am not sent but unto the lost sheep of the house of Israel.” (ibid. 24). He forbade his disciples to approach them: “Go not into the way of the Gentiles!” (Matthew 10:5). He confirmed and upheld the authority of the Pharisees: “The scribes and Pharisees sit in Moses’ seat. ALL therefore whatsoever they bid you observe, that observe and do; but do not ye after their WORKS for they SAY, and DO NOT!” (Matthew 23:2-3). And this, in spite of the fact that they were transgressors of the Law by virtue of their tradition: “Why do ye also transgress the commandment of God by your tradition?” (Matthew 15:3). Nor did he practice what he preached (compare Matthew 15:2 with 23:3). He admitted clearly that he was NOT of Davidic descent: “What think ye of Christ? Whose son is he? They say unto him, the son of David. He saith unto them, how then doth David in spirit call him lord, saying, the Lord said unto my lord, sit thou on my right hand, till I make thine enemies thy footstool? If David then call him lord, how is he his son?” (Matthew 22:42-45). And this in spite of the long and contradictory genealogies in Matthew and Luke, which “prove” his Davidic ancestry.

He, the Prince of Peace, came to bring not peace but a sword: “I came not to send peace, but a sword.” (Matthew 10:34). He came to bring division and strife: “Suppose ye that I am come to give peace on earth? I tell you nay; but rather division!” (Luke 12:51). He promised his speedy return, scheduled to occur nineteen centuries ago, as the triumphant King Messiah: “But I tell you of a truth, there be some standing HERE, which shall NOT taste of death, till they see the kingdom of God.” (Luke 9:27). “For verily I say unto you, ye shall not have gone over the cities of Israel, till the son of man be come.” (Matthew 19:23). He connected himself with the serpent: “And as Moses lifted up the serpent in the wilderness, even so must the Son of man be lifted up.” (John 3:14), but the serpent is the symbol of the satanic forces of death and evil! He did not die willingly: “And he said, Abba, Father, all things are possible unto THEE; take away this cup from me!” (Mark 14:36), yet he claimed to be God. He was forsaken of God: “And about the ninth hour Jesus cried with a loud voice saying, My God My, why hast thou forsaken me?” (Matthew 27:46), yet he is called a “saviour”. In his name the bloodiest religious wars, persecutions, crusades, inquisitions, pogroms were perpetrated, and yet we are supposedly “saved” by believing upon his name. 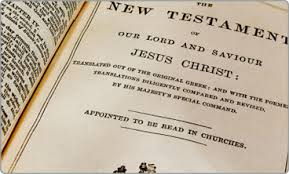 If Jesus was not actually related to Joseph but conceived of the “Holy Ghost”, to what purpose are the genealogies proving Joseph’s Davidic ancestry? Why is there such a flagrant discrepancy between Matthew’s and Luke’s genealogies? If one of these genealogies is Mary’s, and not Joseph’s, why isn’t her name mentioned in either? Since only the paternal descent is significant, what could be the purpose of recording Mary’s genealogy? If Jesus were really “David’s son”, why did he specifically ridicule the “Pharisaic” tenet that Messiah is to be of David’s seed (Luke 20:41-44; Mark 12:35-37)? Why did Jesus say, “How say the scribes that Christ is the son of David?” (Mark 12:35), implying that scripture did NOT say the same? When the multitudes asked how it was that Jesus, as the Messiah, comes from Galilee, why weren’t they told that he was actually born in Bethlehem (John 7:41-42)? If this “fact” was unknown to the disciples, how was it discovered by the Gospel authors who lived a century later?

Why was Jesus called “Jesus”, and not “Immanuel”, if he was the “child” promised by Isaiah (7:14)? If Jesus was “Immanuel”, God with us, the incarnation of the second person of the Trinity, why did he say, “Why callest thou ME good? There is none good but ONE, that is, GOD.” (Matthew 19:17) implying that he was neither good nor divine?

Why did Jesus say that whosoever breaks even the least commandment and bid others to do so (Matthew 5:19) shall be called least in his kingdom; but whosoever shall do and teach the commandments shall be “great”; if men could be justified by faith in him (Jesus) without the works of the Law (Galatians 2:16)?

If Jesus was the “light unto the Gentiles” why did he consider them inferior beings (Matthew 15:26)? Why did he deny having been sent to them (ibid. 24), and why did he forbid his disciples to approach them (Matthew 10:5-6)?

Jesus promised his speedy return as the triumphant King Messiah. This was to happen before his disciples had a chance to preach in all the cities of Israel (Matthew 10:23), and during the actual lifetime of his listeners (Matthew 16:28; Mark 9:1). That was nineteen centuries ago. Why then are we to expect a “second coming” at this late date?

Why has the Church resorted to crusades, inquisitions, heresy trials, pogroms, etc., to persuade mankind as to the “truth” of the Gospel? Which of the thousands of rival, squabbling sects is the true “Church of Christ”? Why are thousands of missionaries necessary to prove that Jesus was the Messiah, if we are already living in the messianic era? If Christianity has saved mankind why is the so-called “Christian” world still torn and ravaged by war, hatred, and injustice?

We suggest that Christians ”reread” the new Testament to discover whether or not they are on the wrong track! We sincerely believe they are!

One thought on “New Testament”