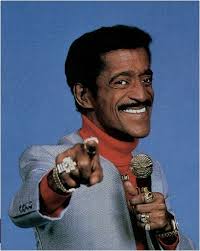 Many Christians or Messianics in an attempt to gain credibility for their beliefs often draw parallels between the New Testament and events in the Jewish Scriptures. Events in the Jewish Scriptures Messianics and Christians see as equivalent or in most cases inferior to their ‘newer’ revelation of Jesus and the Holy Spirit. For Messianics and Christians to see inferiority in the Torah is not surprising, since the New Testament itself declares the regulation of sacrifices and priesthood as prescribed by the Torah as being “set aside because it was weak and useless…” Heb 7:18 when compared to the sacrifice and priesthood of Jesus. To the serious Bible student, such a bold statement must obviously be evaluated:

‘In those days and at that time I will cause a righteous Branch of David to spring forth; and He shall execute justice and righteousness on the earth. ‘In those days Judah will be saved and Jerusalem will dwell in safety; and this is the name by which she will be called: the LORD is our righteousness.’ “For thus says the LORD, ‘ David shall never lack a man to sit on the throne of the house of Israel; and the Levitical priests shall never lack a man before Me to offer burnt offerings, to burn grain offerings and to prepare sacrifices continually.’” Jer 33:14-18

According to Hebrews these sacrifices are worthless …And every priest stands ministering daily and offering repeatedly the same sacrifices, which can never take away sins. (Heb 10:11).

Jeremiah is obviously referring to a future messianic age by reference to “a righteous Branch of David to spring forth” and has a Levitical Priesthood “to offer burnt offerings, to burn grain offerings and to prepare sacrifices continually”. Strangely, Shavuot is when the nation of Israel accepted the Torah on mount Sinai and yet the book of Hebrews and the New Testament annuls and ‘upgrades’ the revelation of the will of G-d (Torah) by its promotion of Jesus and the receiving the Holy Spirit turning Shavuot into Pentecost.

The conversion of Ruth to Judaism

A Jew is any person whose mother was a Jew or any person who has gone through the formal process of conversion to Judaism. The book of Ruth is an example in Judaism of the criteria for converting to Judaism:

16 And Ruth said: ‘Entreat me not to leave thee, and to return from following after thee; for whither thou goest, I will go; and where thou lodgest, I will lodge; thy people shall be my people, and thy God my God;17 where thou diest, will I die, and there will I be buried; the LORD do so to me, and more also, if aught but death part thee and me.’ (Ruth 1)

Once a person has converted to Judaism, he is not referred to by any special term; he is as much a Jew as anyone born Jewish. Many non-Jews are often surprised to find out that it is indeed possible to convert to Judaism. It also comes as a shock to a non-Jew that a person born to non-Jewish parents who has not undergone the formal process of conversion, who believes everything that Orthodox Jews believe and observes every law and custom of Judaism is still a non-Jew, even in the eyes of the most liberal movements of Judaism. Yet a person born to a Jewish mother, who is an atheist and never practices the Jewish religion, is still a Jew, even in the eyes of the ultra-Orthodox. In this sense, Judaism is more like a nationality which offers citizenship unlike other religions by comparison.

In the Torah, there are many references to “the strangers who dwell among you” or “righteous strangers.” Jewish society has always made provisions for 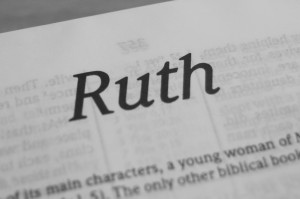 non-Jews to worship the G-d of Israel allowing either full conversion to Judaism or for people to selectively choose what they may wish to observe of the Torah [whilst dwelling with the people of God] short of circumcision/ full conversion. Such a system to allow non-Jews to worship the G-d of Israel is even identified in the New Testament with the non-Jews referred to as G-d fearers. G-d fearers are referenced in the New Testament’s Book of Acts [1], which describes the Apostolic Age of the 1st century CE.

That a person can convert to Judaism and Judaism is more like a nationality / citizenship when compared to other religions is not lost on the writers of the New Testament. Nationhood is something altogether different from a religion and the terms of nationhood are spelled out at Sinai by virtue of Torah laws which have not changed / abrogated as Paul claims. The same Torah laws delivered at Sinai are observed by Jews to this very day. In the New Testament, Paul knew that Judaism is a nation and he expresses the difficulty of obtaining citizenship in Eph 2 [2]. Paul’s false thesis is:

That prior to the cross, Gentiles were excluded from the citizenship of ‘Physical Israel’ and after the cross, both Jew and Gentile, if they believe in Jesus, are part of a “Spiritual Israel”. Through the cross and belief in Jesus, both Jew and Gentile are equal because citizenship no longer depends on keeping “commandments and regulations” because they have been “abolished in his (Jesus’) flesh”.

The “Spiritual Israel” of Paul creates an evangelical paradigm. The significance of the evangelical paradigm is very easy to miss if one ignores the genesis of Christianity from a very small number of people following Jesus (12 disciples) compared to a divine revelation given to a whole nation at Sinai (600,000 men and their wives and children). The evangelical paradigm means that salvation is now much narrower because there is no salvation except for those who accept Jesus as their personal savior [3]. According to the paradigm, Jesus’ coming caused myriads of formerly saved Jews and gentile God-fearers to slip into perdition or least into an eternal jeopardy because the basis of salvation had changed and narrowed with Jesus’ incarnation, crucifixion, resurrection and ascension.

The year before Jesus died and rose, faithful Jews and God-fearers needed only seek to live faithful to God, trusting in His faithfulness to Israel and in the provisions he had made through the Temple sacrifices. Under such an arrangement, certainly there must have been tens of thousands, hundreds of thousands, or even millions of Jews whose status with God was assured, in this life and the next. But according to the New Testament, with the coming of Jesus, all that changed! Now, according to the prevailing paradigm, all of these Jews AND non-Jews were fundamentally lost, unless and until they accepted Jesus as their personal savior. The evangelical paradigm still to this day requires Jews AND non-Jews to accept Jesus as their personal savior or they are doomed. The evangelical paradigm means that human substitutionary atonement (before atonement using just animals is one part of the religion of Israel), now becomes a sole basis for a whole new religion/ faith for the new “Spiritual Israel”.

According to Paul the entire Old Covenant has become obsolete, not just the ceremonial part! For a Sabbatarian/ Messianic to be biblical, whatever he believes, he must deal honestly with this verse.

“By calling this covenant ‘new,’ he has made the first one obsolete; and what is obsolete and aging will soon disappear” (Hebrews 8:13).

What does it say? “…he(Jesus) has made the first one obsolete…” This verse is very clear: the first or Old Covenant is obsolete or has passed away.

According to the New Testament, the purpose of the Law was to reveal God’s standard of righteousness and man’s sinfulness. This in turn teaches man that he needs a substitutionary atonement…..a savior. In other words the evangelical paradigm!

According to the New Testament, the Law of Moses was also a monitor over one immature in faith. When one moves to a mature faith, characterized by accepting the finished work of Jesus, that person is no longer in the monitor’s charge (see Galatians 3:23-25). Therefore, the monitor has reached its goal and is dismissed. The entire Mosaic Law becomes obsolete and the Christian comes under the Law of Christ (see 1 Corinthians 9:21; Galatians 6:2).

The bottom line is that non-Jews (who do not want to convert to Judaism fully) are allowed to reside as residents of the nation of Israel by believing in the G-d of Israel. The New Testament annuls and ‘upgrades’ the revelation of the will of G-d (Torah) by its promotion of Jesus, imperative acceptance of the evangelical paradigm and the receiving of the Holy Spirit turning Shavuot into Pentecost. Ruth did not ‘upgrade’ by virtue of belief in a divine/ human messiah for her citizenship because no such thing is mandated in the Torah. Rather Ruth chose the requirements for citizenship as shown in the Torah (i.e. 613 commandments):

Gentiles and Jews are BOTH deceived if they think they are full Citizens of Israel by being believers of Jesus.

[1] Acts 13:16 “So Paul stood up, and motioning with his hand said: “Men of Israel and you who fear God, listen. Acts 13:26 ““Brothers, sons of the family of Abraham, and those among you who fear God, to us has been sent the message of this salvation.”

[2] Therefore, remember that formerly you who are Gentiles by birth and called “uncircumcised” by those who call themselves “the circumcision” (that done in the body by the hands of men)- remember that at that time you were separate from Christ, excluded from citizenship in Israel and foreigners to the covenants of the promise, without hope and without God in the world. But now in Christ Jesus you who once were far away have been brought near through the blood of Christ. For he himself is our peace, who has made the two one and has destroyed the barrier, the dividing wall of hostility, by abolishing in his flesh the law with its commandments and regulations. His purpose was to create in himself one new man out of the two, thus making peace, and in this one body to reconcile both of them to God through the cross, by which he put to death their hostility. (Eph 2:11-16)

[3] Whoever believes and is baptized will be saved, but whoever does not believe will be condemned…..”For God so loved the world that he gave his one and only Son, that whoever believes in him shall not perish but have eternal life…..”I tell you the truth, whoever hears my word and believes him who sent me has eternal life and will not be condemned; he has crossed over from death to life. (Mark 16:16, John 3:16, John 5:24)

One thought on “Shavuot”